Tattoos On The Heart

“(Our) rules and practices have merely deadened our humanity, instead of setting it free to develop richly, in all its capacities, under the influence of grace.” – Thomas Merton

Yesterday my children broke all the rules. It was a day of constant warnings, discipline, and teaching. Finally, at bedtime, I had reached my limit and I told them, “We cannot have another day with such bad behavior, stop ignoring the rules! Now, I’m closing your door and you need to think about your lives!”. I’ll admit, that’s a pretty heavy message for a 4-year-old and 7-year-old. I think I’ll ease up on them today. haha

I’ve heard this saying before: “Rules without relationship leads to rebellion.” It not only makes me think about parenting, it makes me think about my view of what it means to be a Christian. Is being a Christian all about rules? Have I treated it that way? Somewhere in our journey to becoming a better spiritual person we have adopted far more rules and practices than necessary. All these rules and practices actually squeeze out the influence of grace.

I started a personal journey about 10 years ago to become captivated by grace, transformed by grace, and to even be marked with grace. God’s grace, as I understood it, was the remedy for my inadequacy. Grace became the gift of rest my weary and burdened heart longed for. Like the prodigal coming home to the open arms of a forgiving father, God’s grace accepted me as I was. There is something storybook about grace that leads us to believe it’s not true. The idea that we are freely loved and forgiven doesn’t match the reality we feel day to day.

They say how you parent is how you view your relationship with God. I couldn’t deny the feeling that somewhere in these 10 years “rules and practices” have crept back into the way I relate to God. Suddenly I realized that I’ve wandered from myself. I’ve lost the freedom of grace that I used to find joy in and I’ve traded it for behavior modification. The person God created and saved me to be has stopped developing under the riches of Grace. (Rom. 11:13) Once again I need to be confronted by the grace of God. Jesus never taught behavior modification, He’s all about heart transformation. Works will never transform your heart, only grace will.

What are some signs that you have allowed your own system of works and practices to override the role of God’s grace in your life?

– I’m emotionally affected by what others think about me.

– I find my identity in success and accomplishment.

– I assume that bad circumstances or trials are God punishing me.

– I spend more time working for God than spending time with God.

– I believe I’ll exhaust God’s grace at some point.

–  I’m overwhelmed and considering not being a Christian anymore. 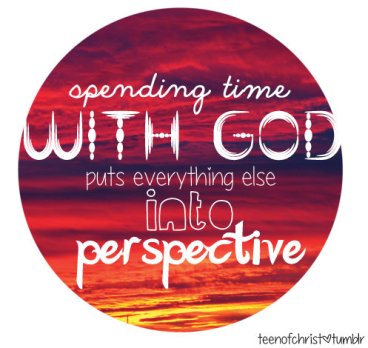 How do we get back on track? How do we begin to allow grace to develop us instead of our own rules and practices? I believe the answer is not as simple as we’d like. It’s not a 3 step program or an instant fix. I wish heart transformation was quick and painless but much like major heart surgery it’s a process. I believe the answer is a relentless pursuit of communion with God.

It’s easier to be a human “doing” than a human “being”. It’s not easy to live out our identity in Jesus. We get all mixed up in trying to live up to a standard instead of living out of our savior. We’d rather be busy when He’d rather we be still. (Ps. 46:10) Grace begins where we end. It is exactly what we aren’t and everything we need. Grace is the only thing that can develop the person God created me to be and redeem the me that has been marred by sin. The power of God’s grace is in it’s ability to recapture what we once had and the only place you’ll find that is in communion with God. Only time with our creator and savior will give us the heavenly perspective to see and be grace.

I want my children to see grace in and through me. I want my kids to know that I love them anyway and that their behavior is not what defines them. It’s God’s love that defines us. A few years ago I read a book by Gregory Boyle called, “Tattoos On The Heart” in which he laid out the beauty of what it looks like for God’s image to be so imprinted on us that we are His grace to the world.

View all posts by joshuapayneharris