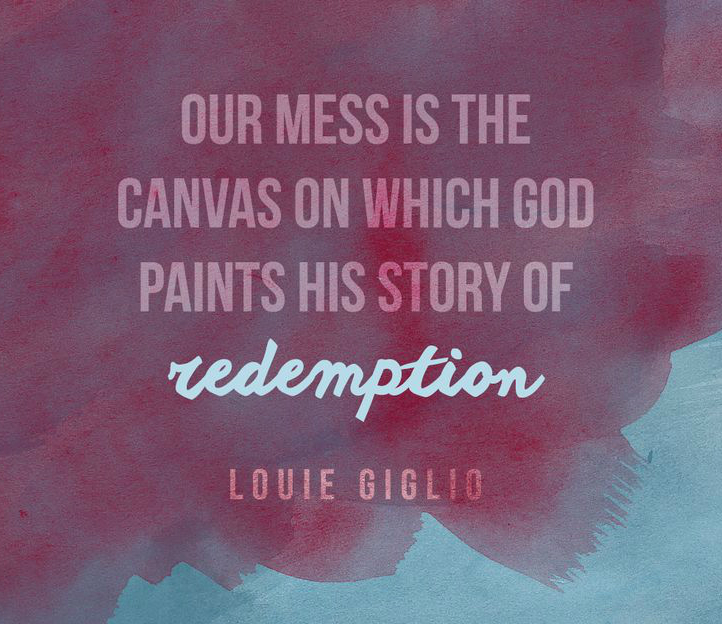 When I was 16 I worked for a community theater company as a stage hand. In between scenes I had to move props and sets. Some of the sets were so large they even had to be on wheels. When it was our turn to work the curtain would close and we’d rush in and out to do our job. No one saw us. We worked behind the scenes.

“So all this was done that it might be fulfilled which was spoken by the Lord…” (Matt 1:22)

In my day to day life, I’m often confused by my circumstances so I ask questions like, “Why did that happen to me, God?” or, “Why am I going through this?”. I started reading through the book of Matthew in the bible this week for Advent. It’s a perfect time of the year to focus on the life of Jesus. But it all starts with Mary, doesn’t it? Before Jesus can walk our earth, teach, heal, serve, and die for mankind some behind the scenes work had to happen.
Before God opened the curtain there were a few things He wanted to put in place. In a little-known town, to a little-known teenage girl, He 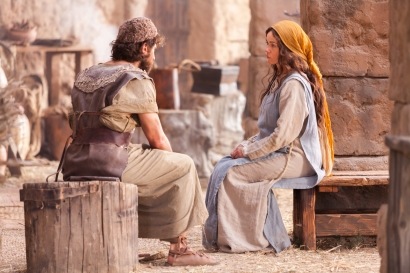 began to work behind the scenes on His master plan. I’ll shoot you straight, it was a messy plan. First, God gave Mary a sudden and miraculous pregnancy. When Joseph, her boyfriend, heard she was pregnant he decided to break up with her graciously and save her shame. But soon after, God spoke to Joseph in a dream and told him to stick with her and that the boy would be the Son of God. So… there they were, two teens whom God gave the responsibility to raise the eternal and Holy Son of God, Jesus.

Imagine being in their shoes. Two “church-going” nice kids caught up in a pregnancy out of wedlock situation. You should take into account that culture was much harsher for them than it is now. There would have been no grace, no compassion, no understanding. They would have been social outcasts. They would have been kicked out of the local synagogue. They would have been the brunt of local gossip and scorn for years. I’m sure they felt the full weight of the mess and thought, “Why do we have to go through this?”.

All this was done so that it might be fulfilled. That the Son of God would be born of a virgin and be called Immanuel, “God with us”. So that the boy Jesus would grow to be the Savior Jesus who would rescue all mankind. Before Jesus Christ could die on a cross and redeem the broken and lost people of the world He entered into the mess. You could say, that He ruined Mary’s “best years”. You could say, that He cost her social standing and opportunity. You could say, that He messed up her chances at a “normal” life. But, even knowing what she’d have to endure, she was willing to make the exchange. Not her will but His.

To experience something great we must endure the not so great. God could have come to our world through a princess in a castle. He could have chosen a wonderful nuclear family in the nice part of town. But that wouldn’t have sent the right message. I think God wanted to send this message: “I will bring heaven out of your earth. I’ll bring meaning out of your mess. I’ll take what you see as the worst of your life and make it beautiful. I’m not coming to enjoy your cleanliness, I’m coming to clean your messiness. I’ve been working behind the scenes in your life already. I’ve got a plan and if you just trust me you’ll see. You’ll see it all come together someday and know that it was worth it.”

Mary decided it was worth it. She committed to birth, love, and protect Jesus no matter what. She trusted that God had a beautiful and world-changing plan. I want that same kind of faith. I’m twice the age Mary would have been when she chose to obey the will of God in her life and I still struggle to embrace God’s work in me. I want to look at my life right now and say, “All this is happening so that it might be fulfilled what was planned by God.” I want to hold on to the hope that even when I don’t see, when the curtain is closed, that God is working behind the scenes on my behalf. I want to trust that He’s always with me and that someday He’ll pull back the curtain and I’ll see the beauty of all His work.

Immanuel, God with us.

View all posts by joshuapayneharris